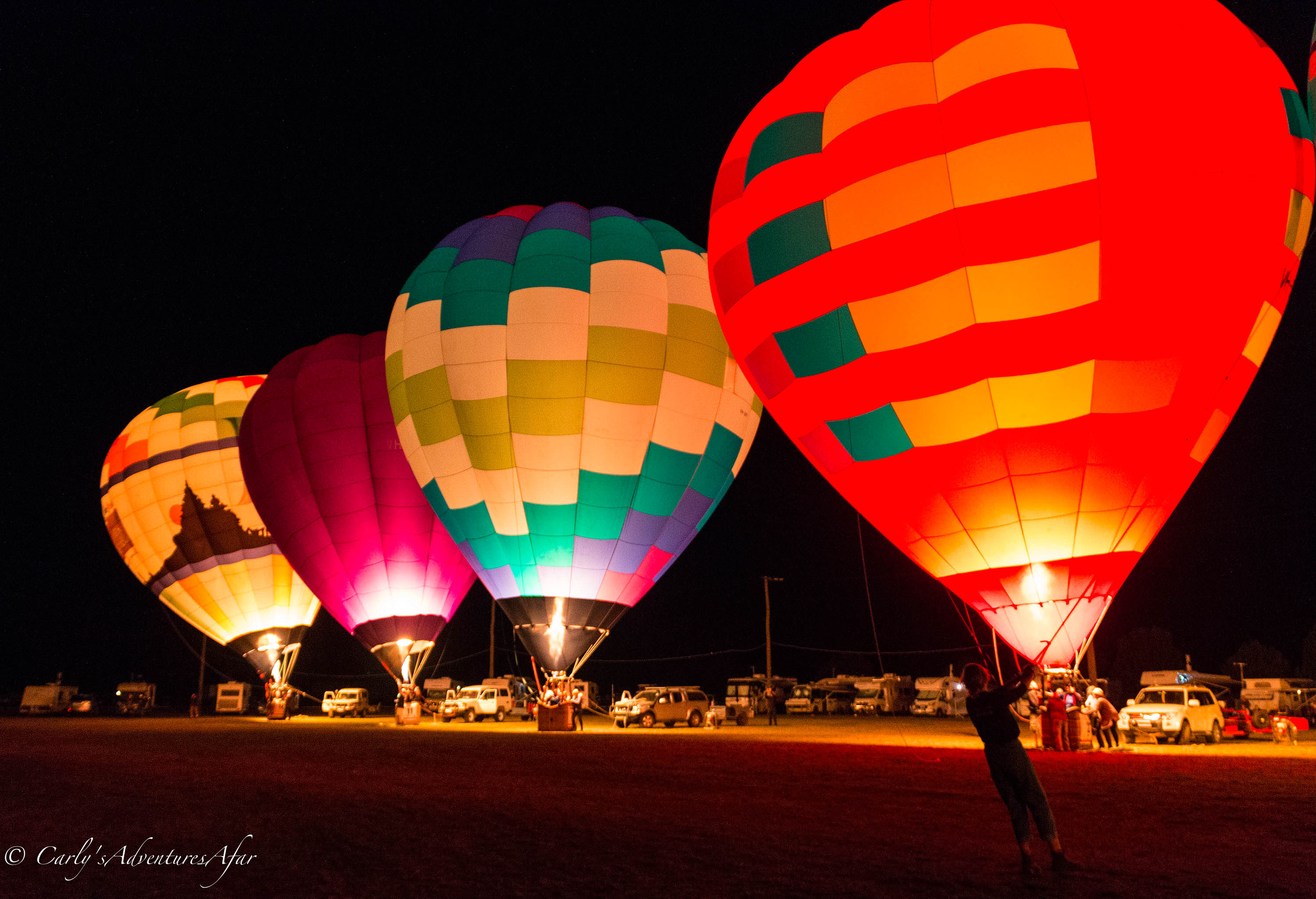 A magical week of gorgeous autumn weather meant that the 2018 Canowindra International Balloon Challenge was the most successful year yet. With over 250 campers taking over the Canowindra Showground for a whole week it was great to see the town buzzing each day both on the ground and in the sky.

The competition in the Balloon Challenge this year was fierce with over 35 registered pilots participating. The main event was of course the Cabonne Country Balloon Glow held last Saturday night with over 10,000 people heading through the gates. Spectacular footage of Canowindra’s Cabonne Country Balloon Glow was streamed live into China as the annual hot air ballooning festival soared to new heights.

A contingent of reporters and production staff from China’s Xinhua News Agency beamed Saturday night’s balloon glow, night markets and musical entertainment to a potential audience of more than two million people in China and Australia.

Cabonne Mayor Kevin Beatty said the festival’s status continues to grow on the  international ballooning calendar, which is helping to put Canowindra and Cabonne Country well and truly on the tourism map, not only in Australia but overseas.”

Cr Beatty said Cabonne Council is proud to have been a major sponsor of the hot air balloon festival for many years and again provided $20,000 from its Events Assistance Program to help promote this year’s Challenge.

“The festival not only attracts thousands of people, but has regularly injected more than $1 million a year into the Canowindra and Cabonne economies,” he said.