Home » A Night Of Crime 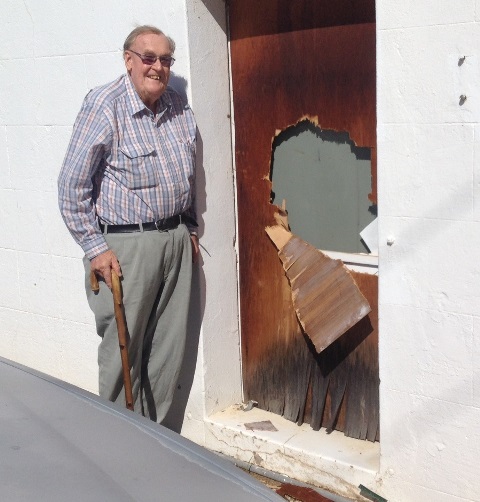 They say bad things come in threes and Saturday night was testament to this with two break-ins and an alleged arson attack taking place in Canowindra. Canowindra Motors and Lynden House were both broken into and Caravan Park owner, Neil Hayward, had 2 cars burnt to cinders. ‘It upsets me because my kids could have got hurt” says Neil, “where the cars were burnt is only 20 feet from their bedroom.” Charlie McCarron is also picking up the pieces after the break-in, “they smashed the old door round the back, that’s how they got in. They went through drawers and made a mess but nothing was taken as far as we can tell” he said. Cathy Wilson, Program Manager at Lynden House, says a TV and a DVD player were stolen during the night. “The thieves pulled out drawers but didn’t destroy anything. I don’t think these incidences are linked and I’m not even sure the perpetrators are from Canowindra. It’s in the hands of the Police and they’re investigating,” she said.