You are here: Home / Articles / A Message From Mr. Gee 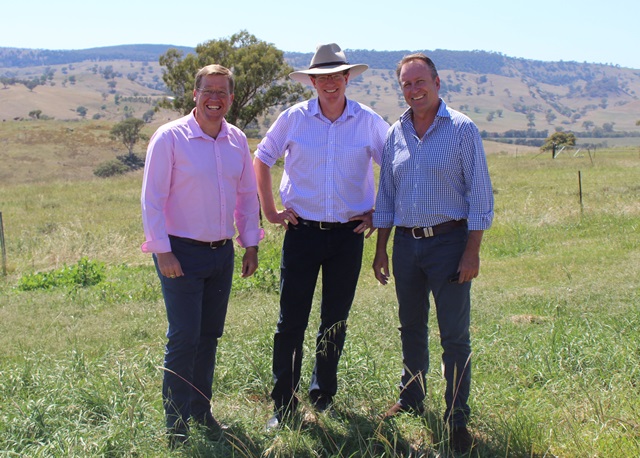 Being a country MP can be an interesting experience at times…
You always have to be vigilant to make sure that we’re not forgotten and our voices are heard. There are 93 lower house members in the NSW Parliament, and the competition for scarce resources can be intense. At the same time, you’re faced with the added danger of election promises being forgotten or left on the backburner. My basic philosophy is “electorate first”. That doesn’t always win you bouquets from the Macquarie Street political machine!
Because Canowindra and Eugowra haven’t been in the Orange electorate over the past four years not everyone will be familiar with some of the issues we’ve faced. Here are some of the electorate’s battles that have been fought and won during the first term of government
* 24 hour helicopter retrieval service (the marathon that we ultimately won)
* Second linear accelerator for radiotherapy at the Orange hospital
* Funding for Lifeskills in Mudgee (it’s for people with disabilities and the old building was a disgrace and embarrassment)
* Water security funding for Orange
* Over $16 million to help fix the treacherous roads to the mines near Mudgee and Gulgong
* Securing payroll tax rebates of $4 million for Electrolux
* The formation of Central Tablelands Local Land Service
* Fruit bat netting subsidies for orchardists
* Payroll tax concessions for businesses employing former workers from Electrolux (not everyone in the city liked them)
* The Wellington-Dubbo bus service (how could a country town be so isolated from its largest neighbour for decades?)
* Poles & wires (I was among 6 MPs who opposed any privatisation. We didn’t get a total victory but Essential Energy is now to remain in public hands)
I didn’t win every fight, but even the ones I didn’t (like opposing education cuts) I believe made a difference to policy formulation down the line (such as the NSW Government supporting Gonski for six years). If I’m lucky enough to represent Canowindra, Eugowra and the areas of Cabonne coming into the electorate after the 28th of March, I’ll give you this commitment: You’ll have my very best as a local member.
By Andrew Gee