Home » A Great Walk For A Great Cause 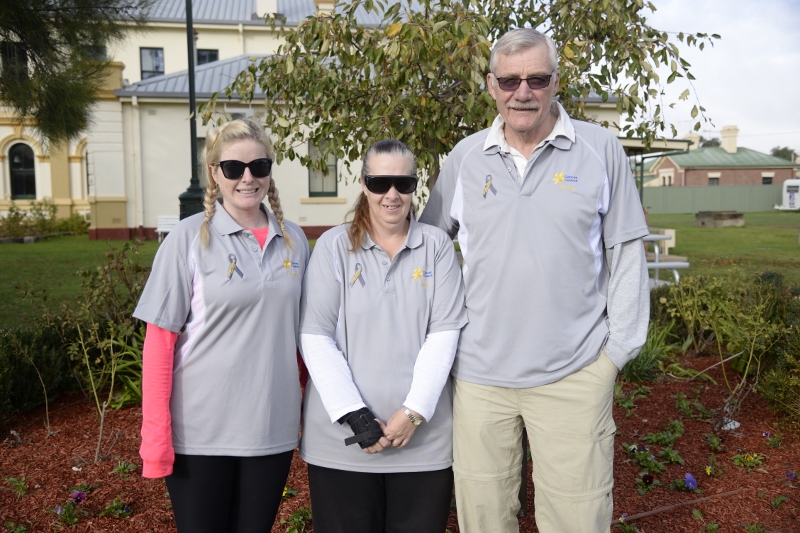 Anne-Maree Randell, Caitlin Lymbery and Stuart Pasfield have been on a very long walk for a very good cause over the past two weeks.

The three family members are aiming to walk all the way from Parkes to Canberra, taking a few detours in between to avoid the busy highways with a rest stop at the Riverview Motel in Canowindra on Tuesday. The walk is happening in six stages; Parkes to Eugowra, Eugowra to Canowindra, Canowindra to Cowra, Cowra to Boorowa, Boorowa to Yass and Yass to Canberra. We caught up with the trio
on Thursday when they were departing Boorowa; “we’re planning to detour through Rye Park before we make our way to Yass” said Anne-Maree.

Ms Randell, who is the brain cancer ambassador for the Cancer Council in Central West NSW, decided to organise the walk to raise awareness for brain cancer after her cousin, Anne Lymbery, died from the disease in 2015.

“After my cousin passed away last year, I thought I would get sponsorship and walk from Parkes to Canberra, to raise funds and awareness for brain cancer. We’re hoping to raise around $15,000,” she said. Caitlyn Lymbery, daughter of the late Anne and second cousin to Ms Randell, said there were many forms of brain cancer, and awareness for the disease needed to get out there. “The walk is all about raising money for research and awareness. When mum got sick we first thought she had dementia, but it turned out she actually had a melanoma tumour on her brain,” she said. Anne-Maree, Caitlyn and Stuart started walking on 9th May and plan to finish by 21st May, walking as a tag team.

We wish them the best of luck on the last leg of their journey.
By Joshua Matic