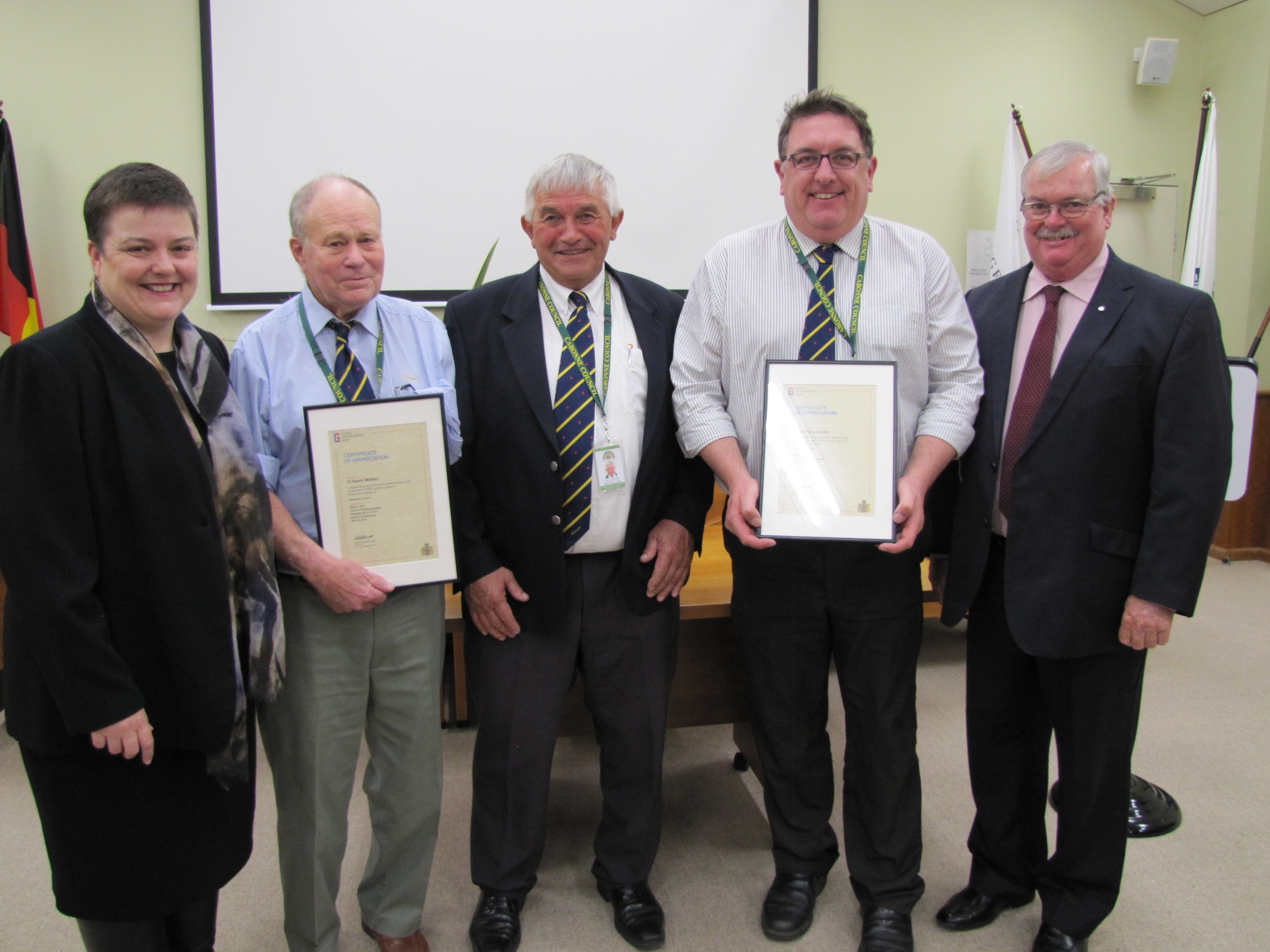 Mayor Ian Gosper has thanked the people of the Cabonne Shire for their steadfast support over the past nine years after announcing
last week that he would not seek re-election at next month’s Cabonne Council Election.

The award recognises the long-standing dedication, leadership and direction that Cr Gosper has provided to the community. Deputy Mayor Kevin Walker and Cr Anthony Durkin were also presented with awards for completing nine years on Council. Cr Gosper described his experience on Council as one of the most rewarding of his life, despite a difficult period in the past few years leading the successful fight to stop the proposed amalgamation with Orange City and Blayney Councils.

“The NSW Government’s decision not to proceed with the merger was a great victory for local democracy,” Cr Gosper said. “It vindicated Council’s stand against the forced amalgamation and the subsequent legal action Council took.” Cr Gosper said his time as a councillor was only possible because of the wonderful support of his wife Mel and his family.

When asked what he would be doing in his retirement he said “My priority now will be to spend more time with Mel, my family and friends.”