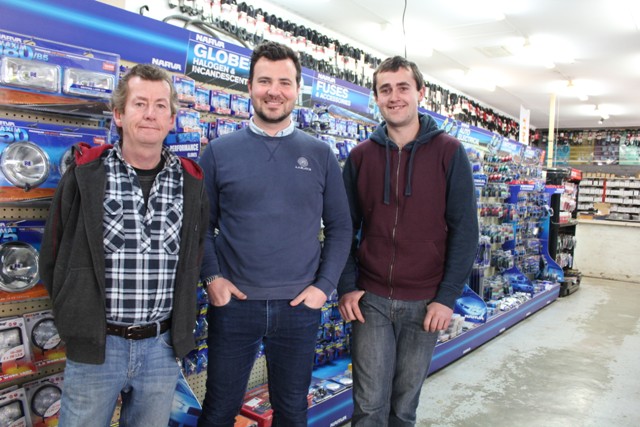 A.A.Blatch in Parkes, founded by Allan A Blatch (senior) in 1952, was recently taken over by Allan A Blatch (junior) and Susie to keep the business in the family for a third generation. Allan and Susie bought out Allan’s parents, Warren and Nancye Blatch, in 2015 after moving to Parkes from England. “Our business is different to many others as we are not just here for a quick sale, but to build relationships with farmers over generations.

Many people remember coming here with their grandparents in the 1950s – so we have fifth generation customers,” said Allan. A.A.Blatch is a one-stop shop for bearings and power transmission, and automotive and agricultural spare parts. “Whether it’s a clutch for a header, a diesel engine rebuild kit for a truck, a suspension lift-kit for a Landcruiser or the world’s finest triplelip bearings for your prized machinery…A.A.Blatch has you covered.”

“At A.A.Blatch we try and minimise customer’s downtime. We have three daily deliveries to Forbes, Peak Hill and Dubbo, two daily deliveries to Condobolin, and a daily plane delivery to Lake Cargelligo. “We have won over many far-flung customers by getting a parcel collected at 8am in Parkes and delivered by 11.30 to Lake Cargelligo on the plane,” said Allan. “We use overnight freight to just about anywhere in Australia!”

Allan and his team are looking forward to the business’ 65th anniversary next year and serving the farming community well into the future.