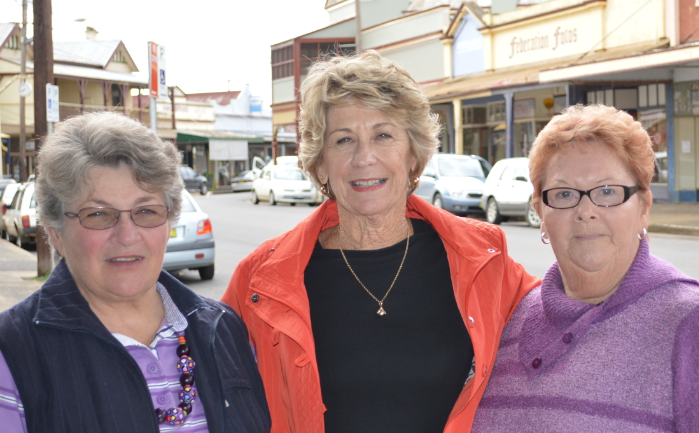 Annette, Lynette and Kay enjoying a long awaited catch up

Annette Walker and Kay McClintock have reconnected with an old school friend, Lynette Hyland (nee Shearing) after a staggering 57 years apart! The ladies connected through Facebook when Lyn posted a photo of the girls when they were younger. Lyn connected with Marg Brooks and Carol Bowd who then put her in contact with Annette and Kay who are both Canowindra locals. They attended primary school together when Lynette, who was 10 years old at the time, left with her family and is now living in Fingal Bay.

“We were meeting up with her at the Deli and I had no idea what she looked like, but once I saw her I knew it was her, still the same bubbly girl she was in school!” Annette laughed.

57 years have passed, so it is safe to say that the ladies had a lot to catch up on!

“I cannot explain the feeling I had when I saw them, it was so surreal. I can’t believe this much time has passed and we all have children, grandchildren and great grandchildren!” Lyn said.

The trio had a lovely catch up at The Deli and wondered around the township when they came across the Phoenix Office, which they recalled being a café where they spent their 6pence on ice blocks and musk sticks when they were younger.

The ladies had a wonderful day and plan on keeping in touch with each other in the future, and maybe even take a trip up to Fingal Bay to visit Lynette.