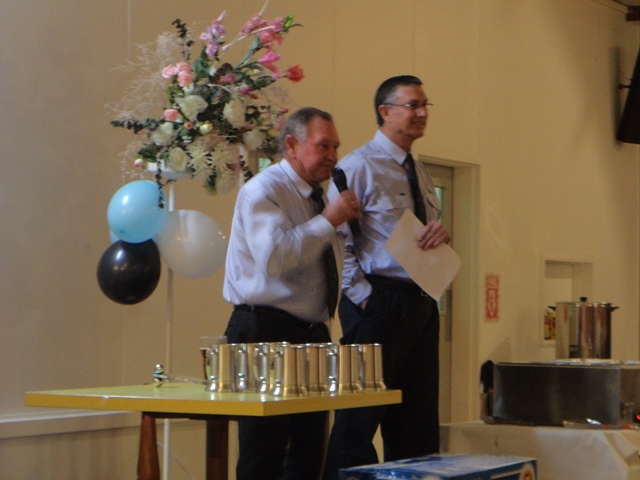 Python Award Winners
The stage of the Canowindra Bowling Club was strewn with tankards ready to be claimed at the Python Presentation evening on Saturday. Mick Mathers, the guest speaker, delivered a fantastic speech to the attendees including a rather rude joke about a cowboy and then it was onto award giving. Four Most Games awards were given to Todd Wyburn, Jack Beath, Alex Gavin and Daniel Bowd for turning up every weekend to play. Ben Schaefer was voted Players Player by his team mates and was also awarded Best Forward. Luke Watt got Best Back and Sean Wyburn received the Coaches Award with Jacob Baker being named Rookie Of The Year. As well as being awarded the Most Games, Captain Daniel Bowd also took home Best & Fairest and the Strappers Award, making it a hat-trick. Congratulations to every member of the Pythons for their effort this year, to their Coach Adam Nash and to those behind the scenes including treasurer Graham Rice, Doug Rice and Rob Morris and the President Allan “Westy” Wyburn. Also big thanks to Mark “Browny” Brown for being a mentor to all the players throughout the year, to Mick Mathers and Tubby Warboys for attending and to the CWA ladies for all their hard work cooking a lovely meal on Saturday.