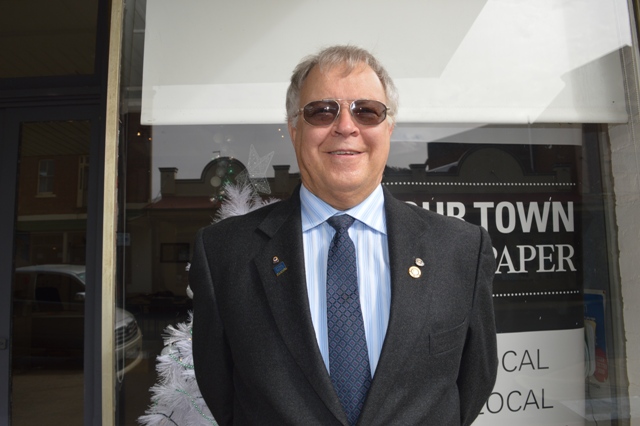 David Bigg has reason to celebrate this week following being recognised as a Certified Practising Accountant for 40 years. David has been awarded a 40 year membership pin from CPA Australia in acknowledgement of this achievement. This impressive milestone is one David should be congratulated upon. CPA Australia is an accounting body which was founded in Australia in 1886 and has over 150,000 members, 115,000 of them located in Australia and 35,000 based in Asia.

In 1978 David returned to Canowindra to commence his accountancy business in partnership with his father, the late Roland Bigg. In 1982 David began operating as a sole trader after his father passed away and in May 1996 the practice was incorporated. His practice by client choice is the registered office for the 20 plus Pty Limited companies incorporated throughout the ASIC.

Ever since returning to Canowindra, David has done voluntary accountancy work over the years for the local squash and junior rugby league clubs, for community service clubs such as Rotary, Lions, CWA and the local Anglican Church. In addition, in his earlier years in his practice he also worked with the local Apex Clubs, the RSL, the beautification committee, the Chamber of Commerce and other similar groups.

When David has some spare time he can been seen cycling on his bike, and manages to ride over 50 kilometres each week, he also rides in the 70 km annual Blayney to Bathurst challenge. He plays squash once per week and attends monthly meetings of the CWAS (Central West Astronomical Society) and the ‘Dish’ Parkes Radio Telescope annual weekend Astrofest at Parkes. Congratulations David!