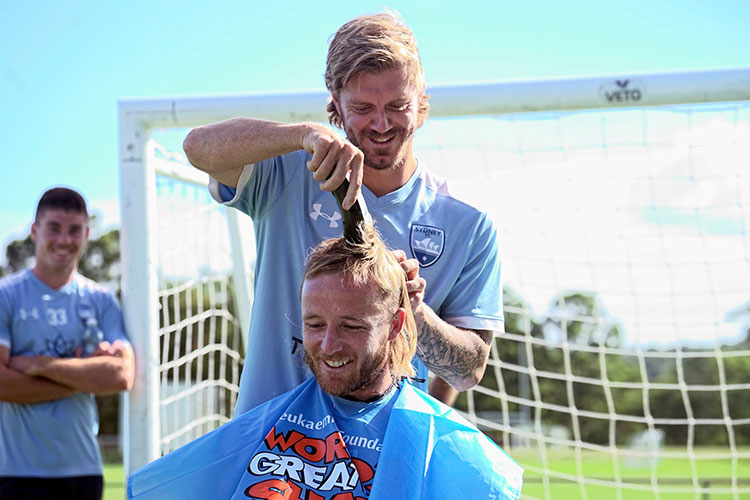 DURING: Canowindra native Rhyan Grant gets the shave from members of the Sky Blues A-League squad.

Local boy turned soccer star has officially shaved off his iconic mullet in aid of blood cancer research. Rhyan Grant exceeded his goal, raising $25,848 for the Leukaemia Foundation. One notable donation came in from Brisbane Roar striker Dylan Wenzel-Halls, who is known to have pulled on the infamous mullet two seasons ago during game play. “Dylan got the chance to have a bit of a tug on it so it’s only right that he contributed towards it,” Rhyan said. Rhyan is pleased with the donations and though he is sad to see the mullet go, he is grateful that, “something good came out of it.” 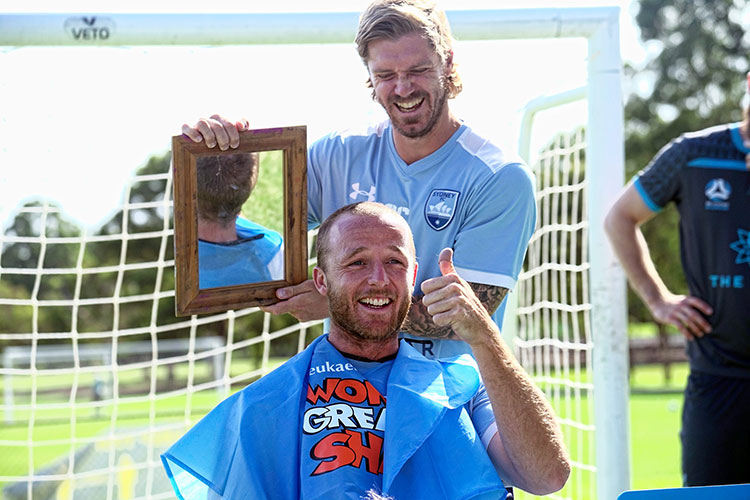 AFTER: Not trace of the mullet! Rhyan looks dapper with his new bald ‘do.