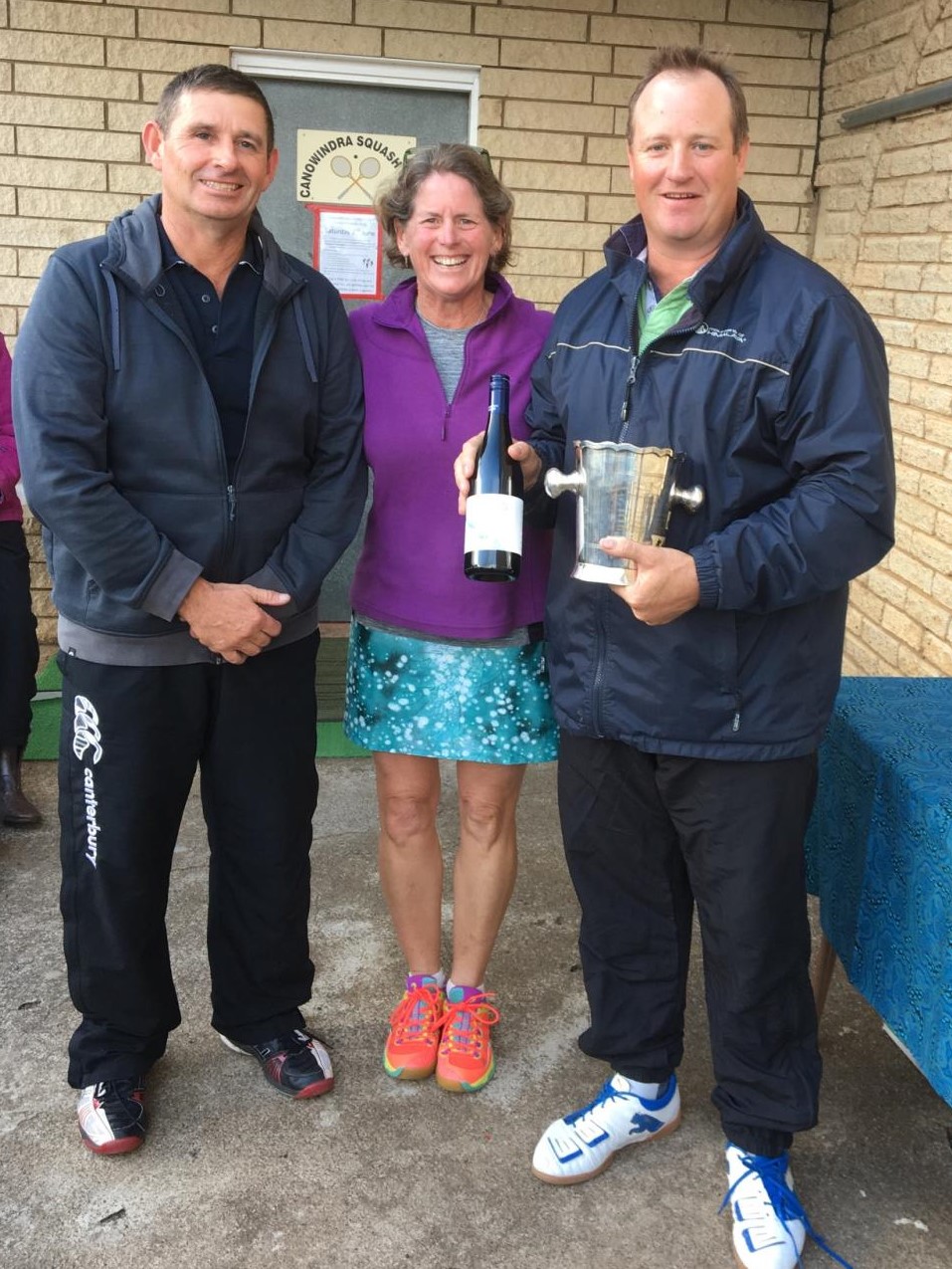 2018 SQUASH CHAMPIONSHIPS
The Primary School Final between Amy Harrison and Elsey Watson was fun, with Amy the winner. High School Champion was Lucas Ellis over Jordi Smith in an electrifying game of speed and enthusiasm.

Ladies Masters (over 50) winner was Sue Johnson over (not well) Wendy McLaren Bowman, with great agility and skills. Men’s Master’s between Bill Paul and David Bigg was a clash of warriors, with Bill the victor. D grade consolation was won by Kassie Wythes over Ryan Ellis, both players pulling out all the stops. D Grade Champion was Peter Guthrie, runner up Jordi Smith. C Grade final was exhausting to watch as Shaun Craven and Nick Traves flew around the court trying to out manoeuvre each other, until Shaun claimed the game. B Grade Champion was Cate Loud over Will Johnson in an entertaining game to watch. The ultimate finish of play were the Open and Ladies Championships. Amber Adams and Sue Johnson had a torrid match with Amber‘s expertise and speed holding out over Sue’s athleticism and never give up style. This was Amber’s eleventh straight year to claim the Champions jacket! The Open Champion was Oliver Wythes defeating Mark Adams in an exciting and close final, by just 2 points!

Two prestigious annual awards were made, for service and loyalty to the Canowindra Squash Club. Sue Johnson received the Club Person Award and Sandy McDonald was presented the Tony Dunn Sportsmanship Trophy.