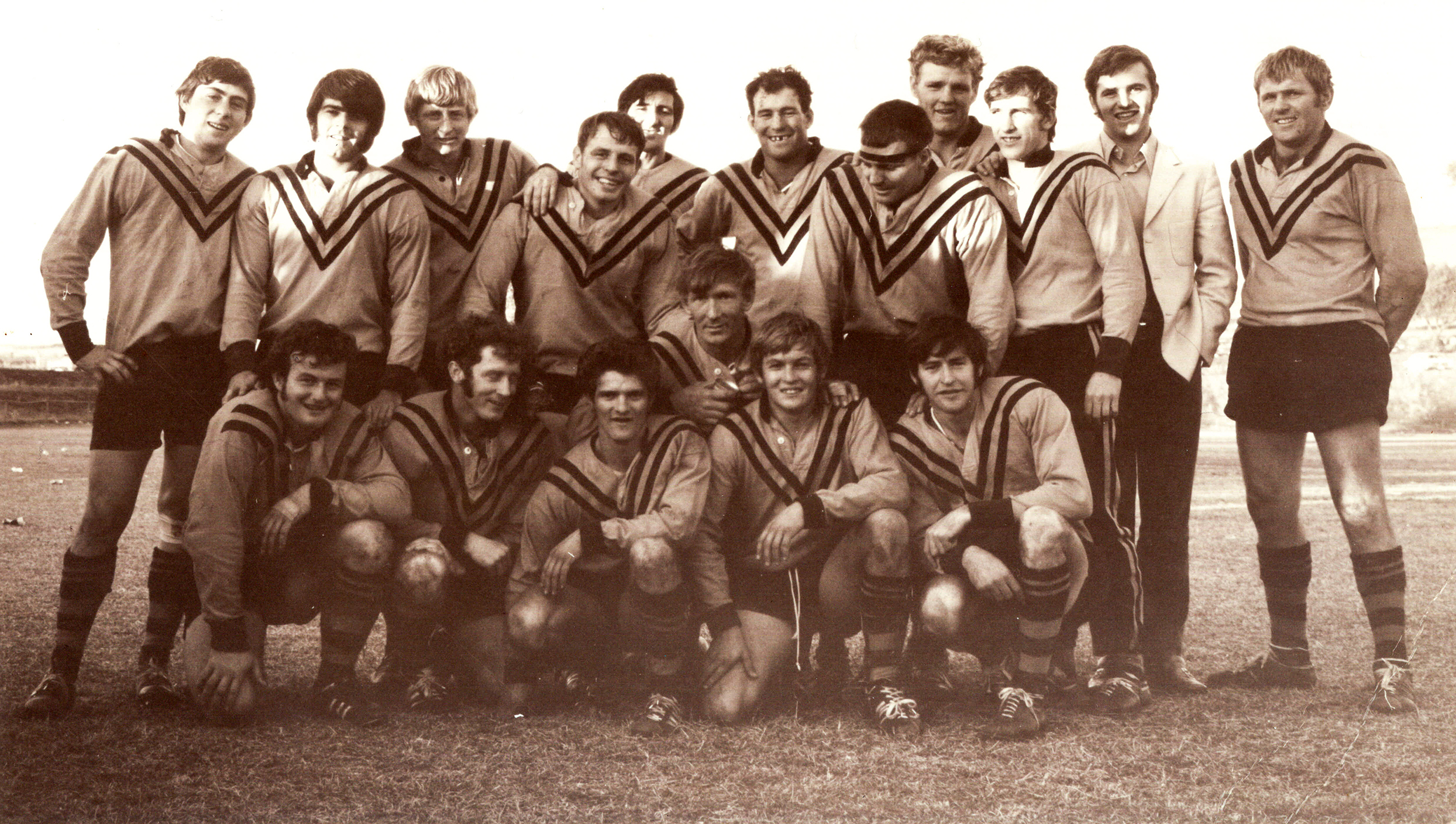 A Steering Committee has been formed to celebrate the victories of the 1965 and 1968 teams of the Canowindra Tigers Rugby League Club’s Under 18 teams on the Group 11 Grand Final. Through the efforts of the Clyburn family, John Ray has been located at Maitland and is looking forward to the celebration. The Steering Committee would also like to contact Laurie Dennis of the 1988 team. Ironically the 1985 team members have been the easiest to round up thus far.

On the 8th May 1968 the Dubbo Liberal reported: “Canowindra wins all three Comp Games in the Group 11 competition at Canowindra Oval on Sunday.” The Juniors won 33-0 as the result of good football. Trevor Simpson attempted a field goal. P. Fitzgerald gathered to score 5 yards from the post after seven minutes. Carpenter converted.

A good run by Fitzgerald gained 40 yards and Carpenter kicked a penalty. A back line move featuring Carpenter, Fitzgerald, and Traves ended with a try in the corner converted five yards from the sideline and 35 yards out. Bill Hilton’s try was scored after the half time buzzer and Carpenter’s kick hit the uprights to make the half time score 18-0. D. Fleidner’s try and a try by centre Pat Clyburn from a kick by Simpson. Robert Sutton’s second try was converted by Carpenter to make the final score 33-0. Carpenter kicked six goals from eight attempts.

Some were difficult and well angled. Club officials at the time recall that Bill Hilton’s kicking form was equally as good as Carpenter’s at the time. They both lived near The Oval and practiced religiously along with Len Ryan who practised during his lunch hour. The late Barry Hope of Wellington was the best kick in Group 11 at the time and was asked what these two Juniors could do to improve. He replied that when you are in a groove, stay in it.

In 1967 Hope, in a game at Canowindra kicked Wellington home 6-5 kicking three Penalty Goals from just over halfway. Ron Boden scored for Canowindra with Len Hamilton converting. The Canowindra Rugby League Club will set the date for the 50 year Celebration when the 2018 draw is known.