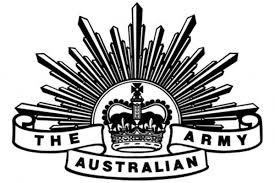 A re-enactment of the World War I “Boomerangs” recruiting March will take place on 31 October throughout towns across the state including Canowindra in a celebration of the volunteer values which have been epitomised in the ANZAC Spirit.

“The original marchers were the ultimate volunteers, signing up for military service and heading to a war that was no longer an unknown adventure,” says Cooee March 2015 organiser Helen Templeton. The original marches from Parkes, Bogan Gate, Alectown, Condobolin and Peak Hill left Parkes on 19 January 1916, picking up recruits along the route through Forbes, Eugowra, Gooloogong, Canowindra, Billimari, Cowra, Woodstock, Lyndhurst, Mandurama, Carcoar, Blayney, Newbridge, Georges Plains and Perthville. A contingent of 202 men marched into Bathurst on 5 February 1916.

This re-enactment will commence and finish a few months earlier than the historically correct dates but the route will still pass through most of the communities visited on the original march. Participants will travel from Bathurst to Sydney and join with participants of six other recruiting march re-enactments to attend the Remembrance Day service in Martin Place.

Organisers of the march are seeking out representatives from Canowindra to be the town’s mascot in the march. “We want all the towns to own it,” said Cooee March Secretary Kim Templeton. “It’s your history as much as anyone else’s.” Contact Kim on 0447 447 458 for further information.