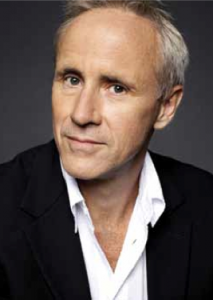 One thing Richard Payten fondly remembers about his childhood days in Canowindra is the sound of Jaffa lollies rattling under the seats down the sloping floor of the local cinema during movie screenings.

The cinema is now of course Billy Pauls’ Carpet Centre and carpet store on Gaskill Street.

As for Richard, he’s now a partner in one of Australia’s most successful movie production and distribution companies, Transmission Films, and will be back in Canowindra in the coming weeks as executive producer of the top-line movie being filmed here, “Strangerland.”

And he’ll be meeting and greeting Nicole Kidman — starring in the movie alongside Guy Pearce and Hugo Weaving — as his fourth cousin, no less, in the family tree linking Nicole’s forebears with Canowindra’s founding Finn family.

“I knew there may have been some link,” Richard says, “but this is the first time I’ve known Nicole’s my fourth cousin.”

And this will be his first actual production with Nicole. “I’ve been involved with Nicole’s films in the past, but only the distribution rights.”

Born in Canowindra, Richard grew up on the family’s alfalfa farm on Gooloogong Road and then left to study film and theatrical PR and marketing at Mitchell College in Bathurst. From there he worked with the Elizabeth Theatre Trust in Sydney, then two movie companies, before teaming up with Andrew Mackie for their hugely successful 25-year partnership in Transmission Films.

Their runaway movie triumph, “The King’s Speech,” tops more than 20 films that have grossed $60 million in box office takings over that time.

“I think of Canowindra as close-knit community, lifelong friends and the sheer freedom of growing up in a small rural town.